THE INDICTMENT Poem by ILIAS FOUKIS 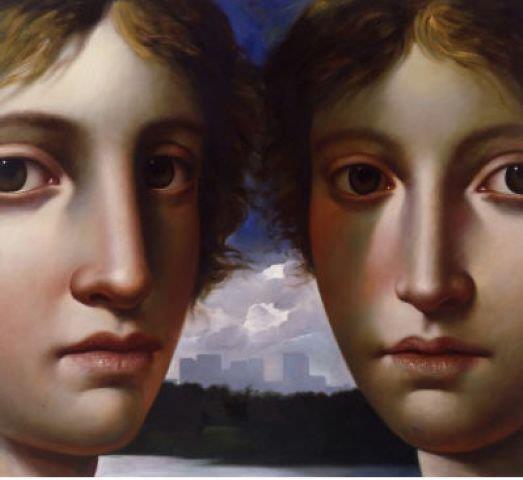 In all Seasons
I would be able to charge you
with having stolen half my life
in my thinking of you.


The half of my life
which unfolded on this Earth
despite knowing what a disaster would occur
in the thoughts of the living
when by means of the terrible monotony of processions
the depressing result would be announced
of the battle with the patrons
of temporary Existence.


That is also why you were in a hurry
to steal half of the Earth from me
as long as I was thinking about sleeping with you.


The half of my sleep
which unfolded in the Sky
not worried that it would be challenged by a God
from the time when you...
you were dreamlike only on Earth
laying the foundations thus for the Idea
of Eternal Hypnosis
despite the fact we know that Dreams were scandalized
when they were calculated with the dimensions of the Heavens
that was Idea you were wearing
in order to confront
the fierce human winter
impossible to violate.

Because you remained untouched by any desires
all agreements have been broken.

And you accepted walking once more on the Earth
despite the fact you knew there awaited you
the indifference of the wasteland...


But you wanted to climb up to the Sky
knowing that you were outside the love of the living
despite the fact that at the Gate of the heart
you can feel a large multitude
of stars awaiting you there.

Nevertheless I have withdrawn
to the dry lands of the indictment
and rule there on my own.

A strange kingdom this one of mine
having no one at my beck and call
and without being a candle for anyone's fate.

Despite all that setting off now
for my one and only fortune
I see thousands of daydreamers quarrel-ling
about the matter of the bequest.


Happiness...by dear visionaries
is non-existent in the wealth of this property
but in that way...to my surprise
being truly open to the blessings or the blasphemies
of Heaven...
there will be built on it the white Temples of Theology
for the People who even after all this vain futility
will try the Luck
of Existence here on Earth.